Actually, I wanted to introduce you to this recipe last week, but things turned out differently than expected. From the outset it was clear to me in planning the blog series on Italian breads that the classic race should not be missed: Ciabatta, Since I've never even baked white bread, I went in search for appropriate recipes and important information about the preparation.

The upshot: It took several tries until I got a faithful, perfect in my eyes ciabatta. No way I wanted to publish a recipe that I personally am not convinced 200% here. I have learned through the failed attempts that baking this bread classic is a science in itself and we can leave here certain steps in no case or change, because then you indeed get a delicious white bread, but no ciabatta. My experience gained from baking tests, tips and tricks included, so you do not have the same mistake I did, I want to share with you today.

What is a (perfect) Ciabatta?

Want a ciabatta like the Italians, then you need one thing above all: time. If you find a recipe for a quick version that gets under 3 hours, then let absolutely not touch it, because for the formation of large pores, the dough has to rise correspondingly long. I would not say that the result does not taste at such a recipe, but if it all points to a correct ciabatta is satisfied questionable. If you have no time, rather buy a good bread with a good baker. Even in Italy, the least you ciabatta bread honestly bake at home, but buy this fresh from a professional.

The most common mistakes in ciabatta baking

The jaws of the known white bread has several delicate steps that you must absolutely note that the result is perfect:

1. Let the dough time!
I've already mentioned? Right, but this point can not repeat often enough!

2. Saves not flour
Underestimate the stickiness of the dough at any time. Although it no longer feels towards the end so he likes to stick to the rising of work or foil. So Mehlt necessarily all good one!

3. Be sensitive
When ciabatta baking gases form over several steps in the dough, which are responsible for the well-known pores later. For this, it must rise several times and folded accordingly in one step.
Are the shapes and lifting the loaves therefore particularly careful that you does not tear the dough and evacuate gases. The time invested was otherwise useless!

4. Do not underestimate the baking process
This bread is very important that the oven at appropriate times has a certain temperature and the baking environment is wet or dry. Been taken into account necessarily the individual steps, as you otherwise will not get perfect crumb or crust.

If you should have any concerns now is whether you get baked the even as a beginner, be reassured: Stay tuned exactly to the steps in the recipe and the above tips, then you will get certainly a perfect ciabatta! 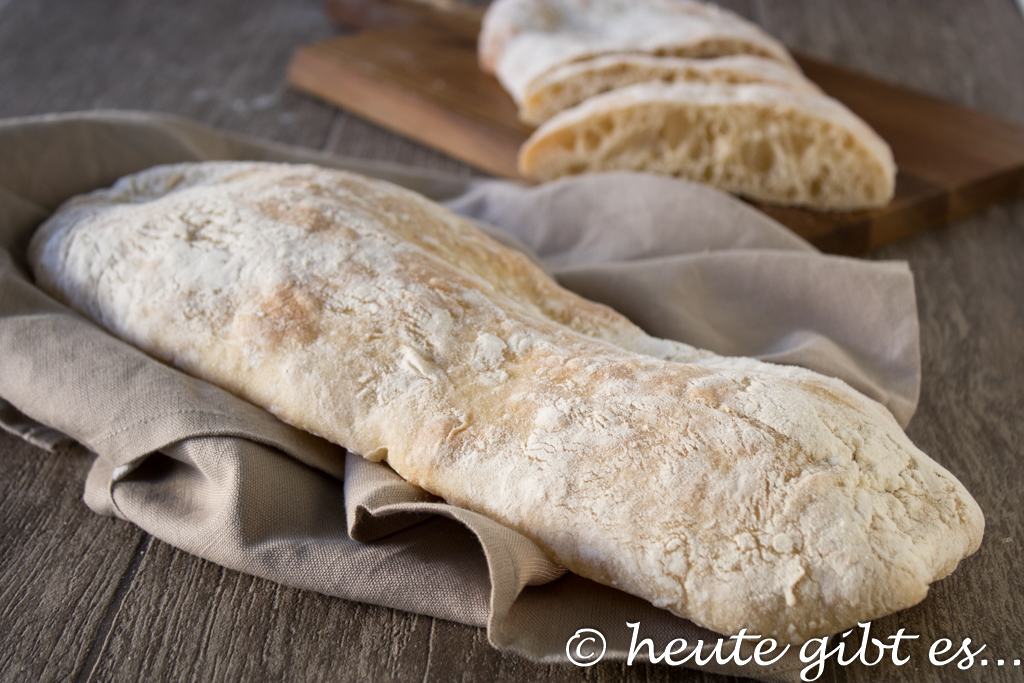 For the main dough:

Ok, I'll admit that the effort in this bread is not low. but if you have no bakery near you that sells the bread and it does not taste good there, well worth the effort in my opinion already. There is admittedly no bread for days, but now and then there will now be the freshly baked with us in the future. 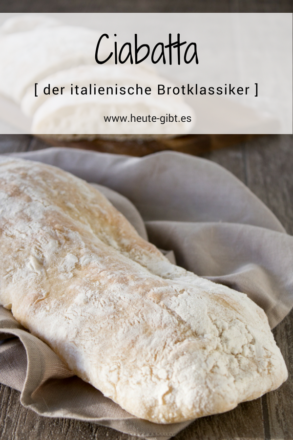 If you are wondering on what occasions it often gives us ciabatta or what is served, here are a few final tips:

You see, this bread is very versatile! Have you ever ciabatta even prepared? Ran it all smoothly or have you also had bad experiences in bread made?

Tell me about your experiences, I'm excited!