Are you always looking for dishes that you can prepare for celebrations or parties and are suitable for a greater number of people? Then I have something that will taste all pizza lovers certainly for you today. As a conclusion of the February series on street food, I'll show you another specialty of Sicily: Mattonella palermitana.

While the popular filled Reisbällchen “Arancini” now also known in Germany, the Mattonella is here unknown, regional specialty. Imagine a merger of sandwich and pizza before, then you can imagine roughly what I'm dealing with. The name, translated what “tile” is, comes from the rectangular shape, in the cutting the special pizza bread. Served warm, it is certainly a hit at every party!

The basis for the Mattonella palermitana is a salty yeast dough. Now, if one or the other of you reading the word “yeast dough” equal gets sweats, so I want to reassure him. I can tell you a song of unleavened yeast doughs and other disasters hereby. But now I have some practice in and bake for example, my beloved pesto wreath even very much.

When I but the traditional recipe from a “roaster” got from Sicily, I was a little confused, because here all the ingredients are simply mixed together and kneaded. You have neither heat a liquid, nor dissolve the yeast in it. I was skeptical at first, but it really works and is much easier than usual. This one gets safely even as a beginner very well there! 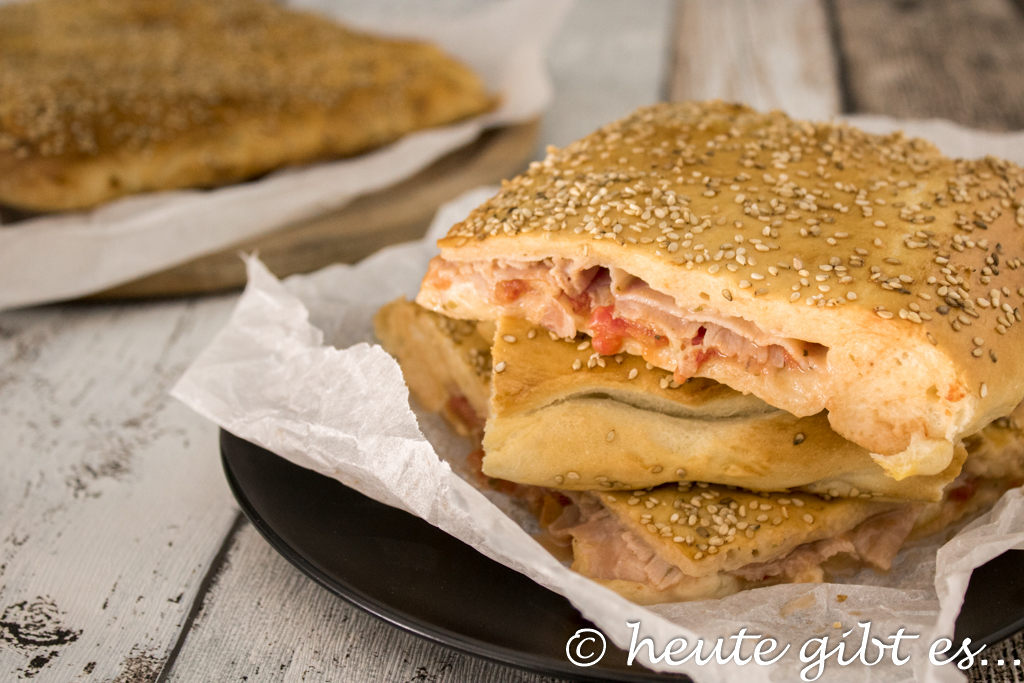 If the Mattonella palermitana to your liking? I myself have this always in Sicily – Incidentally, there are those outside of Palermo – eaten. Thought this is actually as a snack or lunch, but can be very well served as an appetizer. 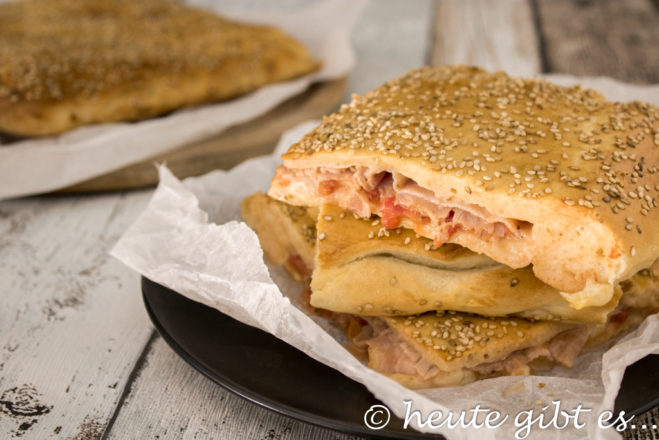 This concludes officially the February series on street food in Italy and I hope that you were able to discover for yourself the odd dish. Do you have a favorite?

Next week, there is then a new topic. If you do not want to wait that long, but like Browsed among other posts my Blogreihe “Italian Kitchen – Learn all about…”.