I do think quite highly about the topic “homemade” , as I've already stated in this post . Therefore I'm going to share some kichen 101, on how to make delicous vanilla sauce, which goes well with either warm or cold desserts. Quite a classic, if I may say so, although personally I'm not that keen on vanilla – in smaller quantities but that is fine. Probably because everyone has their own quirks 😉 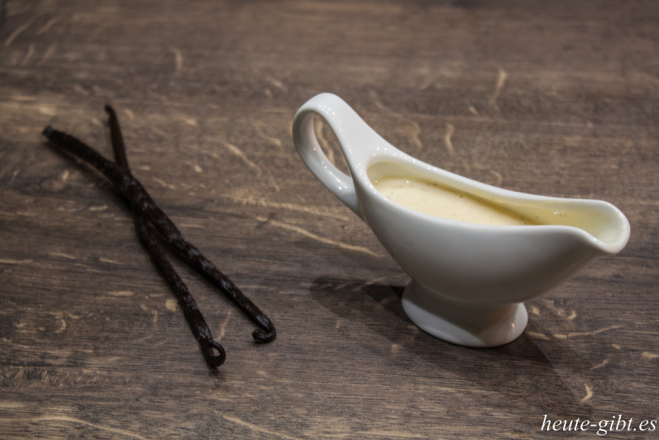 Preparing vanilla sauce without falling back on using convenience products isn't exactly rocket science. Next time instead of buying some fancy instant powders, try and make it according to the following recipe: 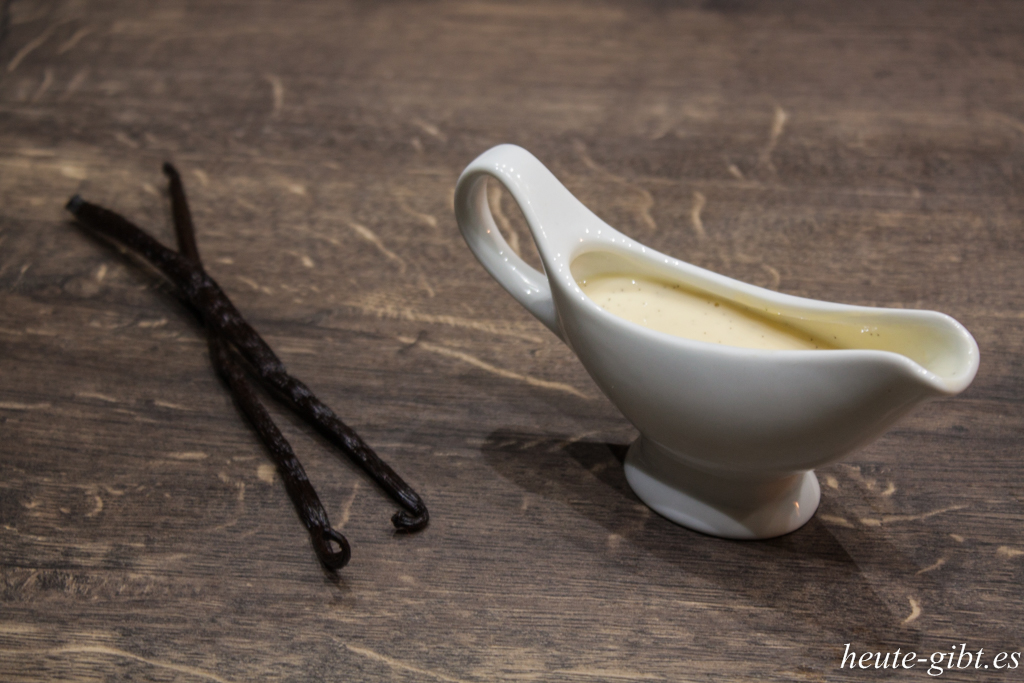 In my opinion you can not compare this custard with a purchased one – homemade simply is better. The vanilla bean is paramount, so don't save on the wrong things but shop for quality.

Treats that go well with vanilla sauce? How about those spicy mango strudels?