If you are among those who have abandoned in recent weeks for sweets, then you may very pleased you today, because there again as the last April Sundays a classic Italian dessert, matching my blog series “Italian Kitchen – Learn all about classic desserts”.

At today's dessert most of you might first think of an ice cream flavor, as you have probably read the names already on the desk of Italian ice cream parlors. In reality, it is in this dessert but not ice cream, but it is a layer dessert that is usually served in glasses and can be spooned relish it. We are talking here of the classic “English soup”.

Translated, this dessert “English soup”, Which could not find a really conclusive explanation for this name despite research. It is said that this dessert was prepared in Italy for an English Queen and the typical England Trifle served as inspiration.

Visually falls this Italian classic mainly due to the red spoon biscuit layer. Traditionally, this liqueur “alkermes” used that one does not find so easily in Germany apparently. If there is an Italian grocery store with you, I would see this as the first point. If in doubt, otherwise take a vial of 😉 next holidays in Italy
A non-alcoholic version you can prepare by using grenadine syrup. The taste is not identical to the original, but visually it comes this close.

The two creams there are two classics of Italian patisserie: of which the crema pasticcera (a type of custard cream) and the chocolate version. The preparation of these and subsequent cooling are responsible for the long duration of the desserts. If you do not have a long time on the day of the desired consumption, you can both prepare the day before with no problems.

Now as this colorful dessert is made, I now pronounce you step by step: 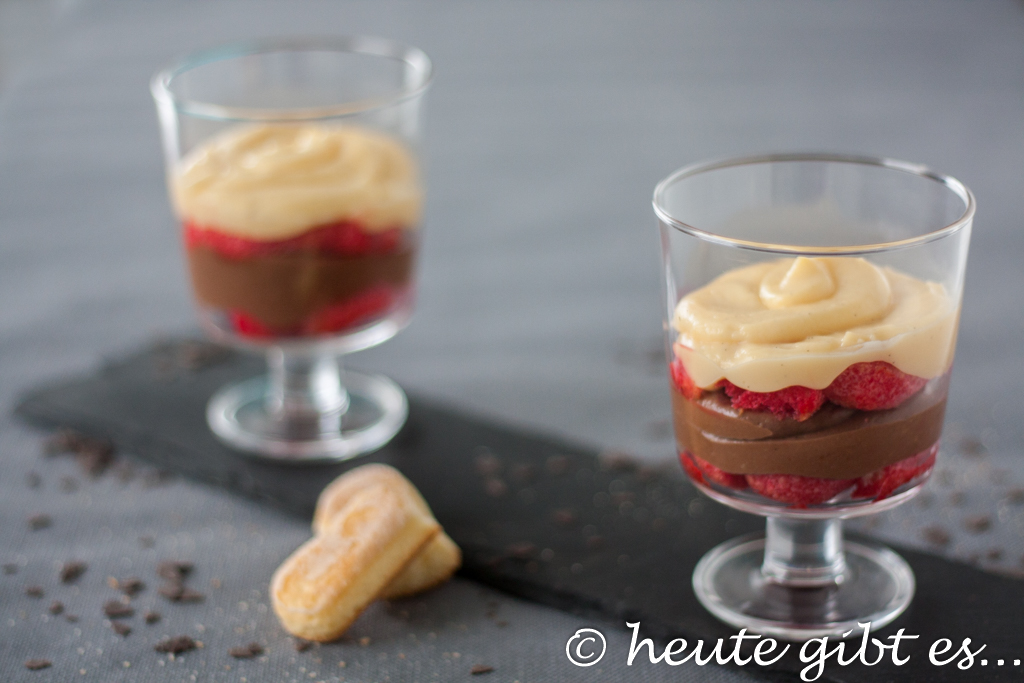 For the crema pasticcera:

For the chocolate cream:

For the crema pasticcera:

For the chocolate cream:

Once the components have cooled, you can coat the dessert in glasses. In this case proceed as follows: 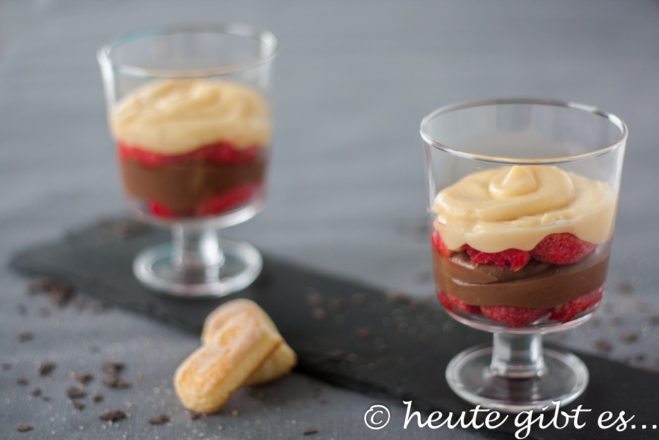 Perhaps you noticed that even with this dessert just like the Eggnog extremely much egg yolk is needed. The protein can you theoretically up to two weeks kept in a sealed plastic box or even freeze for several weeks. I myself portioniere this and then use it for appropriate recipes in which only protein is needed.

Eierlikör-Panna-Cotta – a variant of the classic dessert for Easter

Eierlikör-Panna-Cotta – a variant of the classic dessert for Easter

Tiramisu without an egg – and 5 tips for a Foolproof tiramisu

Tiramisu without an egg – and 5 tips for a Foolproof tiramisu